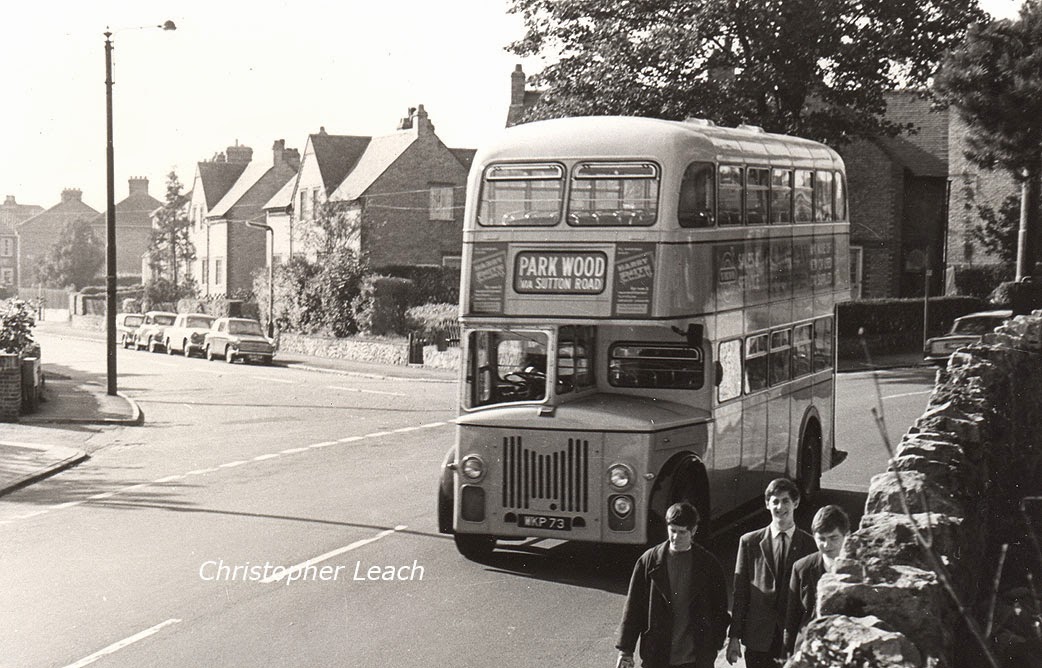 By the time I arrived at Maidstone in September 1967 the Corporation fleet had mostly been painted out of the rather attractive ginger and cream colours which was substituted for light blue. Having said that they did a good job and with sign written advertisements and black lining out the whole fleet looked smart including No.3 WKP 73 heading down the Tonbridge Road. Apart from three elderly Daimlers including two still which retained the old livery, the fleet comprised entirely of Massey bodied Titans and the Atlantean.
Posted by christopher at 06:43