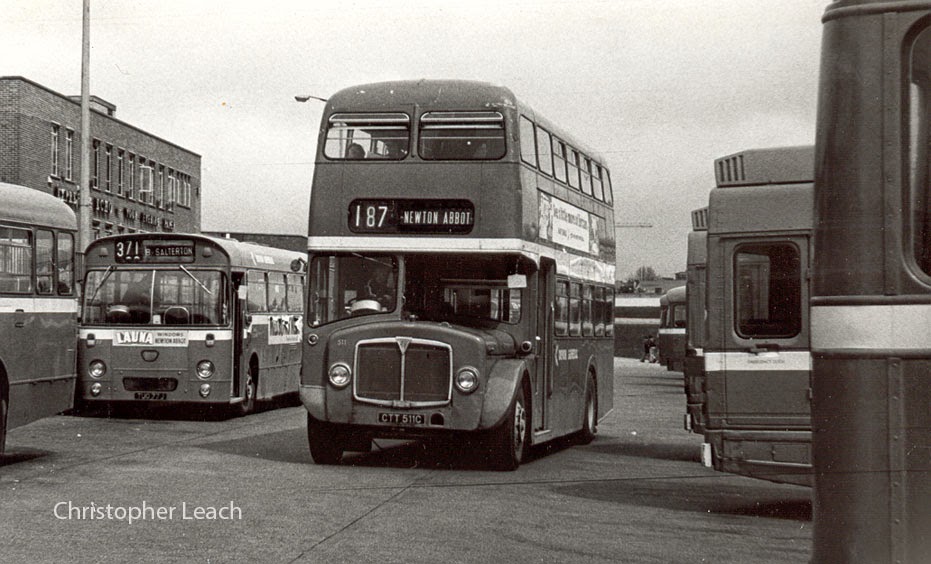 Despite having a large fleet of Leyland Atlanteans, Devon General could boast long and short AEC Regents with a similar style of MCW, Willowbrook or as in this case Park Royal bodywork. One Saturday in 1979 or 1980 NBC poppy-red liveried  CTT 511C was seen arriving in Exeter from Newton Abbott.
Posted by christopher at 05:27