ARE508Y: My first trip on a Leyland Tiger 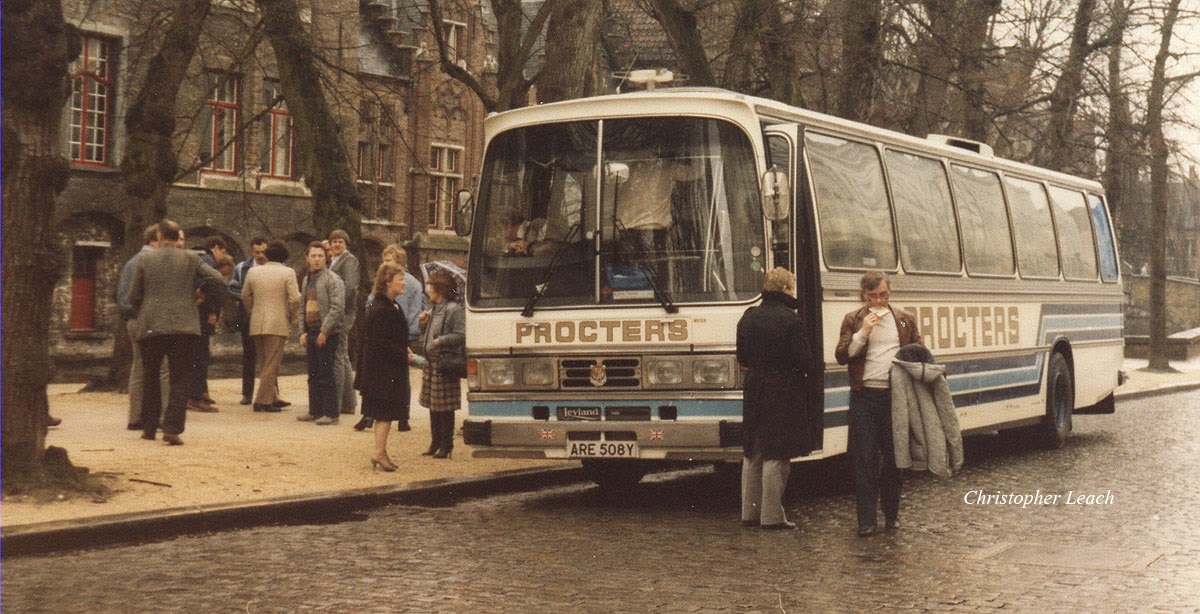 A mate of mine used to be able to get us onto trips like this one organised by some lads from Michelin of Stoke to Amsterdam. Here we had a couple of hours in Brugges which was ruined as it coincided with a downpour. I was looking forward to seeing what a Tiger was like, and even though I grew quite fond of them later, at that time I found the Tiger of  Procter of Fenton sounded a bit tame compared to a nice loud booming Leopard. This application of this stripy livery was quite trendy at the time and it appeared on a similarly bodied Stevenson's Leopard too as well as ARE508Y seen here.
Posted by christopher at 01:46