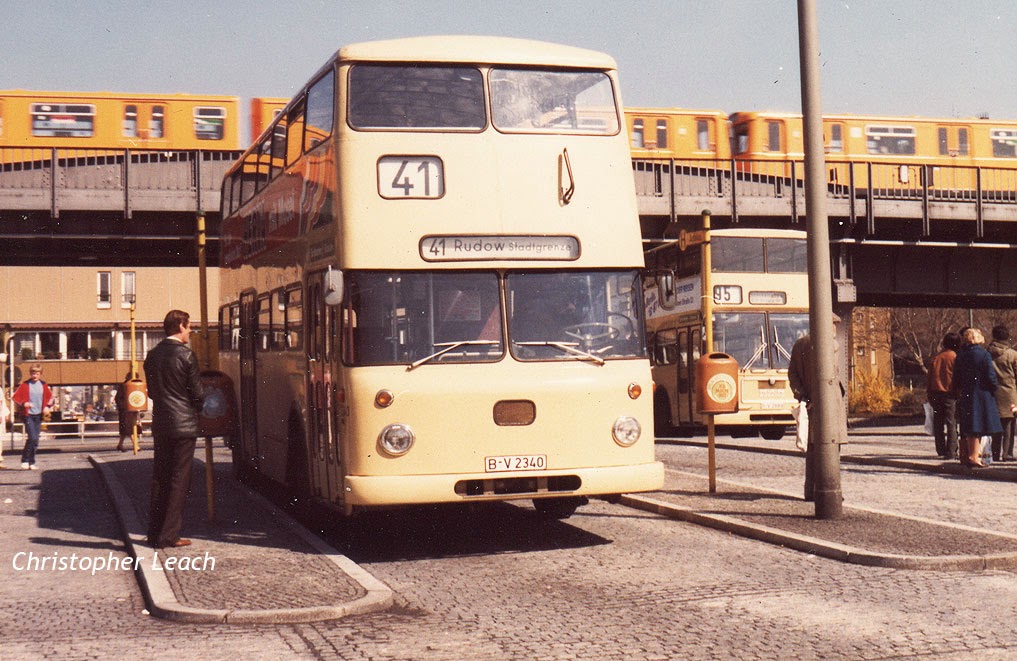 For me this photo catches the in-limbo atmosphere of a still rather empty looking West Berlin in my early visits there. Here a deliciously tuneful Bussing of 1972 prepares to leave the still war scared views around Hallesches Tor at Easter in 1982 for the less graffiti more sparkling concrete greener suburban area of Rudow to the North yet like almost everywhere else also like this spot still quite close to the Wall. The East Germans might not have let it's people cross but they weren't so bothered about the pollution and acrid smells which gives "waiting for The Berlin Spring Revival" shots that slightly vintage sepia or trust your luck 'Boots Processed Feel'. The U-Bahn train brings back fond memories as well, and you can still ride these in North Korea but I doubt if in a slightly chilling way the oppressed there hear before setting off full of menacing echoes the announcement which sounded to me like "Zuriplan" which I discovered later just meant "Mind the doors" as they slammed shut. No unlike buses underground trains like handling snakes have terrified me in a surreal dreamlike way but here maybe I was just scared and much to the delight of my brother who I was staying with and saying "I told you so." I might venture onto the wrong train and get arrested in the East like some British Spy.
Posted by christopher at 03:12