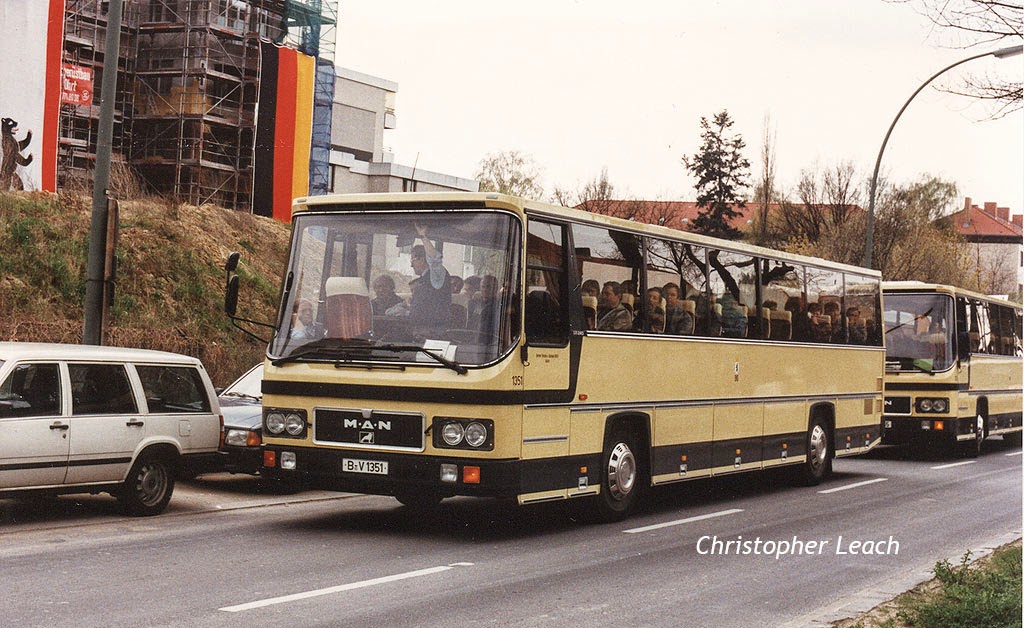 I'm afraid when I stay with my brother in Berlin he tells me nothing worthwhile about it's people unless by accident, usually it's just about unemployment and for instance rubbish about being able to tell the former East Germans as they have bad skin from eating nothing but pork. So it was only later that I learnt that one of their many customs is to visit your new home in build and offer a toast and a few words for good luck. So here were two smart MAN's of the tiny BVG luxury coach fleet on a private hire to one such house christening ceremony in the suburbs. There were just three of these SR240's and seen here are the two 1982 examples 1351 and 1355.

Posted by christopher at 15:48