Something newishly recent at last for the pot-holed 841 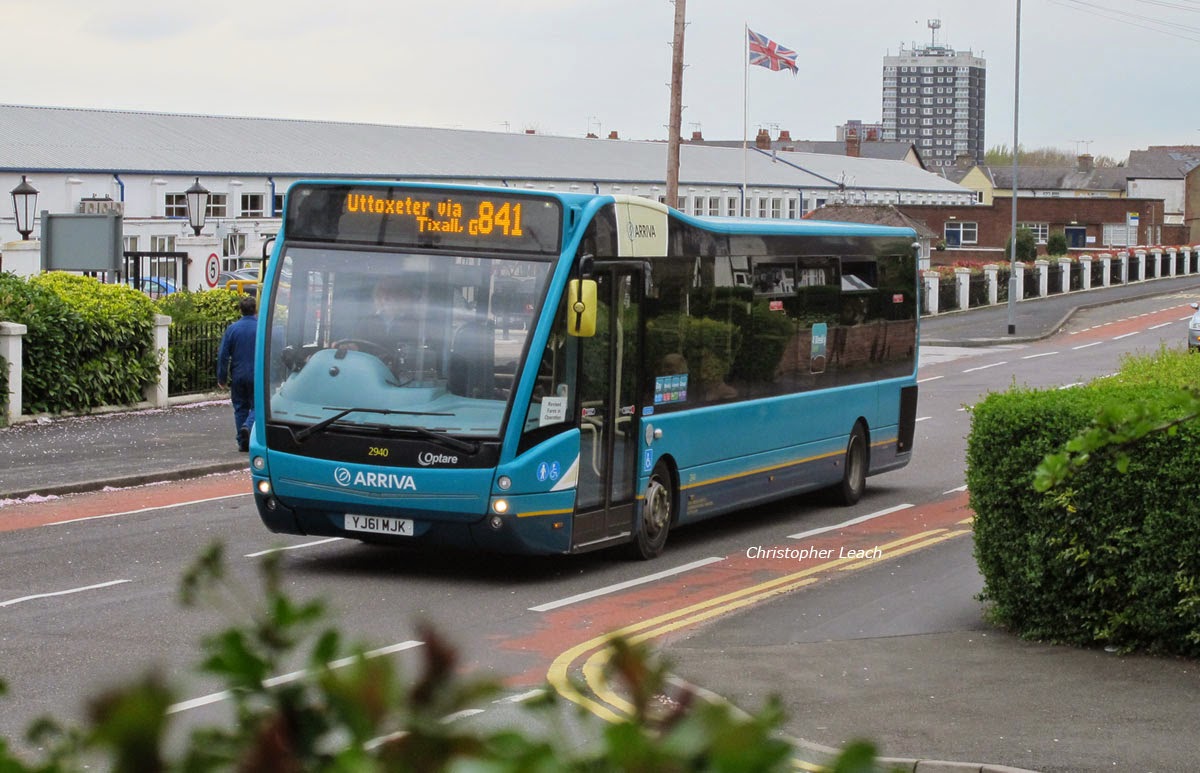 At last Arriva at Stafford have some newish buses, all the rest still dating from the old registration system about 2000. Six of these former Wellington Optare Versa's arrived for use on busy town services but reluctantly one had to be released for use on the 841 to Uttoxeter as the old Darts and Volvos kept having problems. But these more attractive buses won't be on it for long as D&G have won the tender starting on 27th April. But in a way it will be nice to see an Independent taking over this former H.Nicholls route that Greatrex acquired in the Sixties. Staffordian who took over Greatrex used old Leopard coaches on the route as did Midland Red North and probably the last time anything as new as three years old appeared regularly on here was probably those Greatrex 'Grant' Ford Duple coaches and some Willowbrooks in the Seventies.

Posted by christopher at 14:58

Didn't Green Bus, PMT and Stevenson all run this at one time?

The operators you mentioned did the Uttoxeter service, but when Midland Red North took control of it they merged these Haywoods Services I mentioned into the Uttoxeter diagram. Interestingly as Weston on the Uttoxeter road now misses out on other services and the Uttoxeter bus no longer visits Little Haywood or Colwich either SCC have introduced a new irregular services to give them a bus. The most interesting thing is not only do D&G run to time with tidy buses there is now an HOURLY service to Uttoxeter from Stafford, something that wasn't even enjoyed in the busier mid-Sixties.