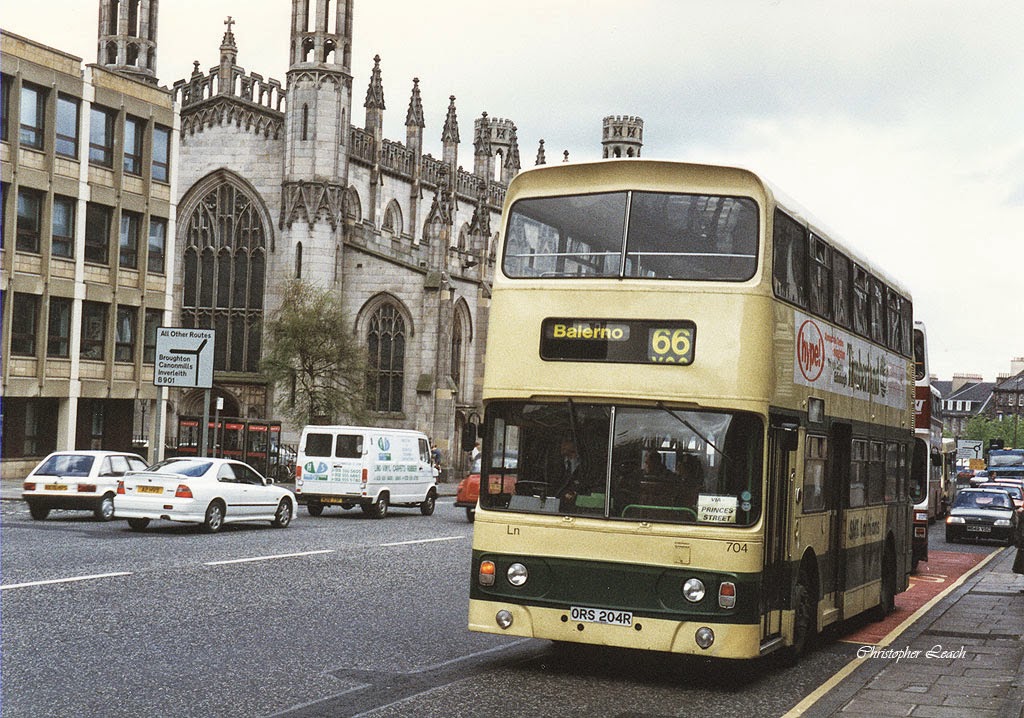 First Group was formed from a merger of the Privitised Groups Badgerline and Grampian. Grampian of course was formerly Aberdeen Corporation which in later years built up a large fleet of Alexander bodied Atlanteans. ORS 204R was still in Scotland when I caught it hard at work in Edinburgh with First-SMT and looking rather scruffy compared to the similar but always  immaculate Lothian examples

Posted by christopher at 08:40