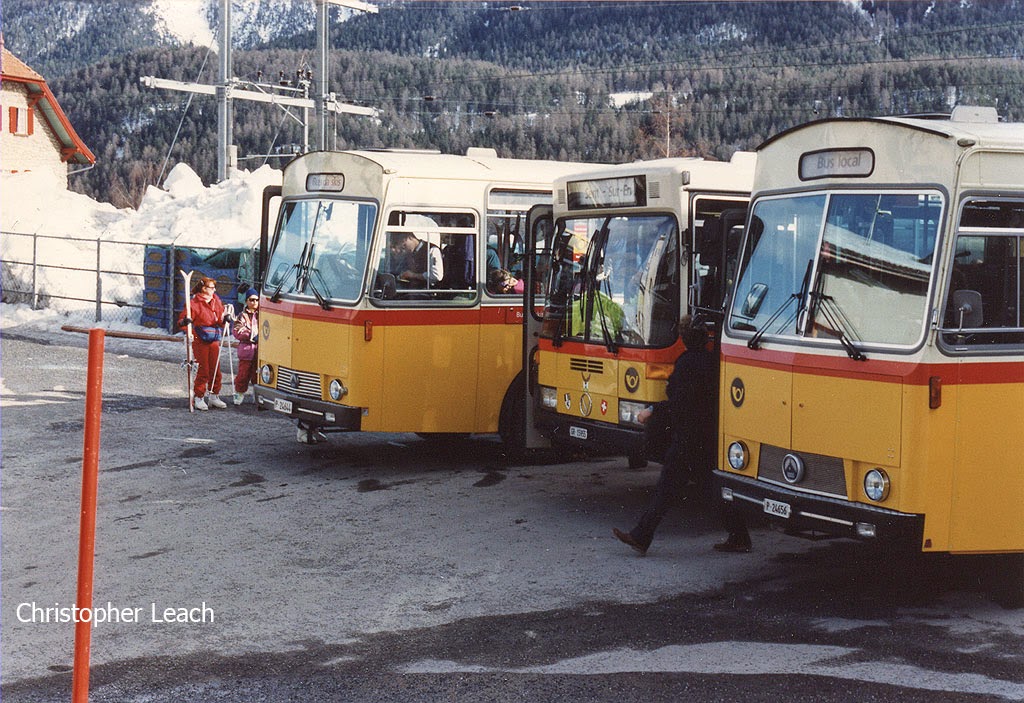 Height can often be a problem with buses as when they have two floors can be just too big. In Switzerland they had the opposite problem and an unusual one at that. It needed some buses to serve the Ski-Lifts at Scoul right in the top R/H corner overlooked by Italy and Austria. The problem was as the standees packed inside the headroom was not adequate for some upright skis. So a few elderly Saurer DUK's had their roofs raised for the job. Two PTT owned examples were seen here alongside a more normal contractor's small Mercedes in the Nineties.  .
Posted by christopher at 08:15