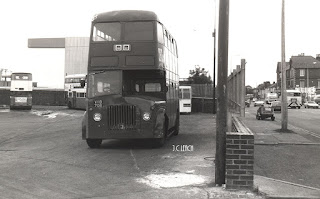 When I saw this reg. on a Stagecoach Dennis Dart in Chester I thought it might have come off this former Liverpool Corporation Leyland PD2 L250 which had been converted into a service vehicle. Not as frequent as going to Chester but I used to have to take meters to MANWEB in Liverpool as well and it was handy as the store was in an old power station in Moscow Drive which meant I had to go passed Green Lane nearby where the open-air bus depot was always a good place to grab a photo or two.
Posted by christopher at 02:45