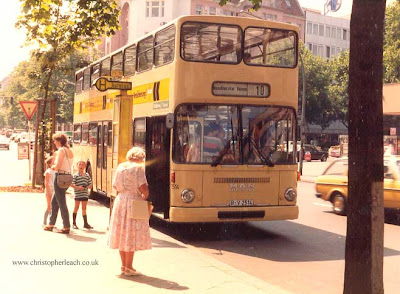 This generation of Berlin double-deckers dating from the mid-Seventies till the early Eighties were not exactly pretty but the production buses were certainly an improvement on the two prototypes 2514-2515 built in 1973. As is often the case once they became an endangered species I grew quite fond of them as they sounded rather nice reminding me of our charismatic 'whistling' MCW Metrobus.
Posted by christopher at 07:30