At Porto: Portugal Railway Guy No.7 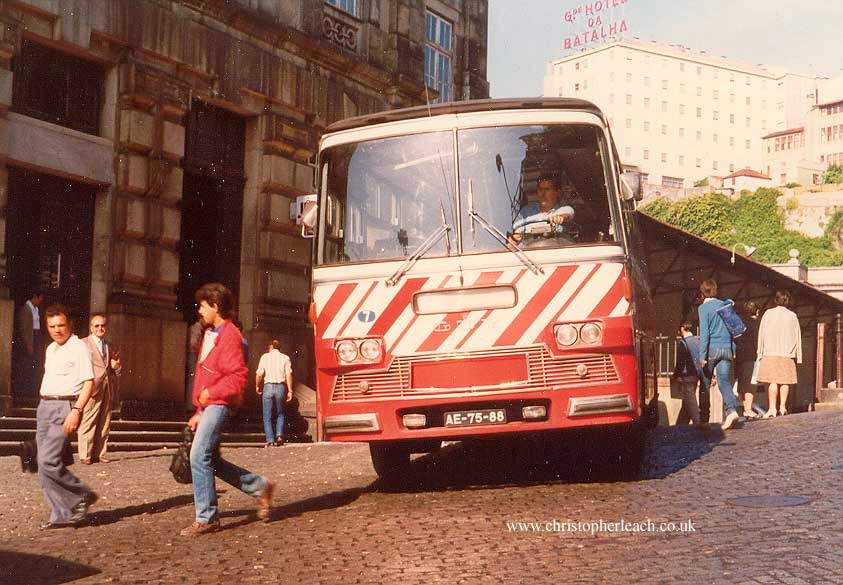 The Railway buses in Portugal had unusually painted fronts maybe to mimic the locomotives and it reminds me of a British livery in the Sixties for a UK operation called Zebra. But despite the familiar Utic body this was not an AEC,  or even Leyland, it was the far less common Guy.
Posted by christopher at 11:16