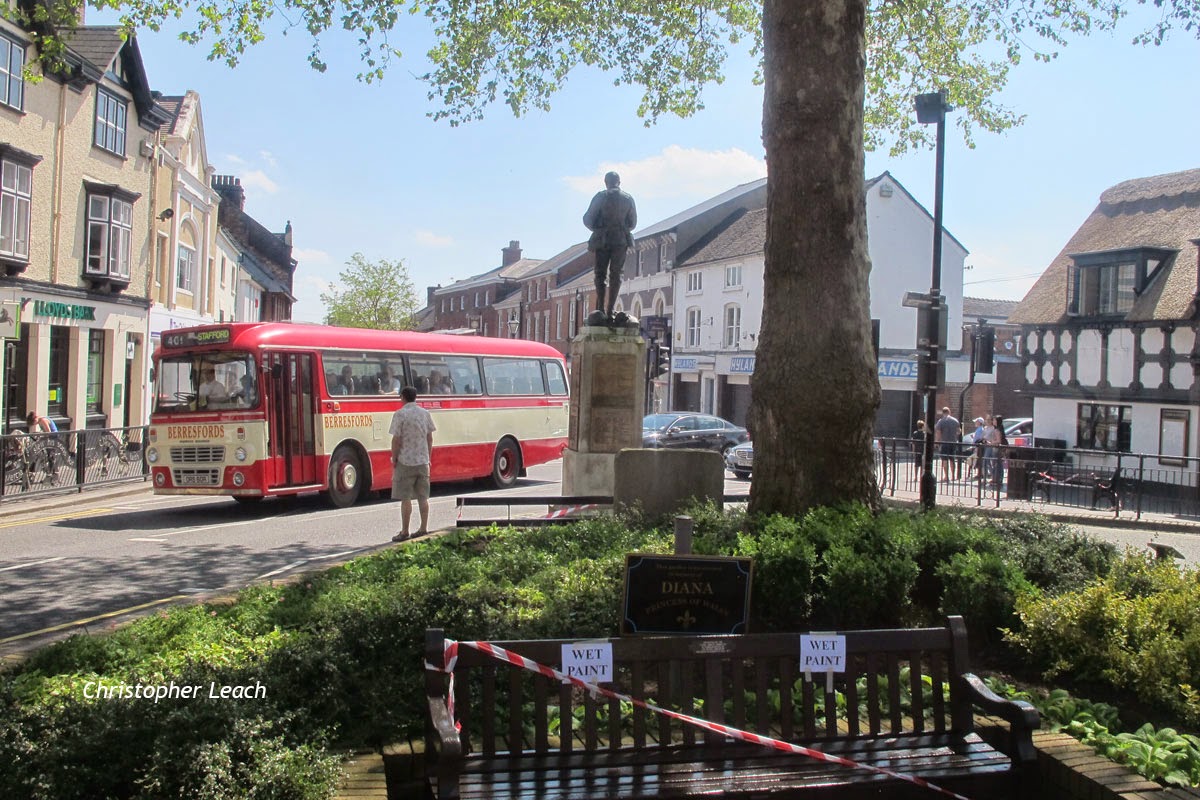 Beautiful warm sunny spring weather greeted the POPS rally this year being held at The Britannia Stadium. Taken in Stone this looks like a planned shot but I was in fact sitting on another bus giving rides knowing that the preserved Alexander Y-Type Leopard wasn't far behind us and shooting a moment sooner or later and I would have lost it. Of course it is tempting to say that this scene brings back memories of the past but the truth is that some local preservationists are nuts about the long defunct Berresford and Stoniers and have built up a tribute fleet in their honour and to be truthful these gleaming buses are far smarter than the real things ever were.

Posted by christopher at 12:53