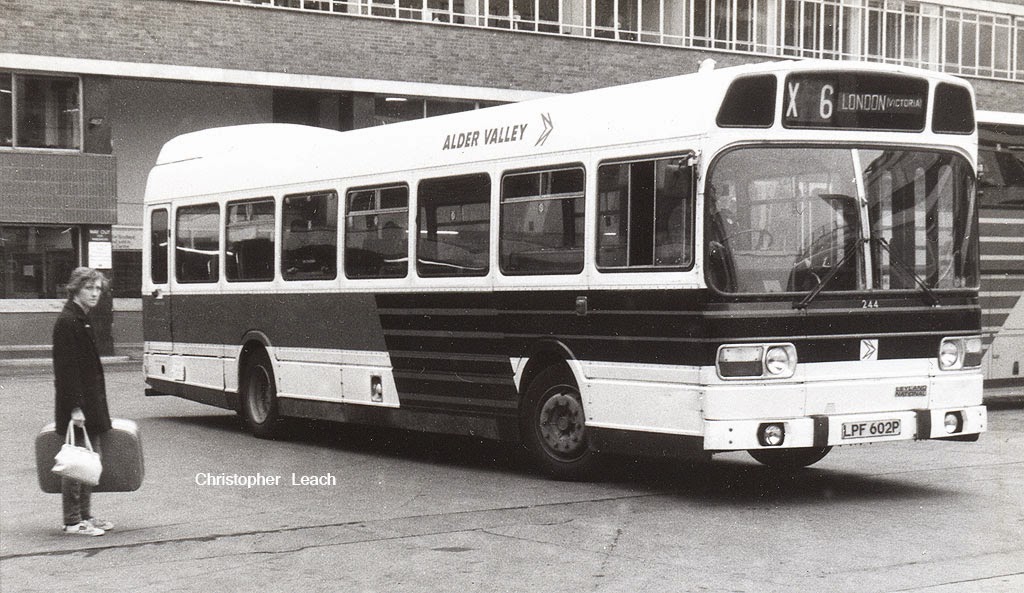 Eventually the dull NBC relaxed it's strict livery options and encouraged it's companies to show a bit of individual style in their coach and express fleet by adding their own mark with an assortment of colour variations in what became known as the venetian blind effect. Though not common this was also applied to a few Leyland Nationals such as this Alder Valley example in London. Indeed the red and black added to the NBC white was quite bold but some operators even managed to rid themselves of the NBC logos choosing a much more elegant or historic typeface. All this though was early preparation for the big Privatisation sell-off at the end of the Eighties and as the NBC became a bit more adventurous I think some of us started to feel resentment that it was being sold off to parties who often just wanted to make a quick buck and tear it apart.
Posted by christopher at 07:01