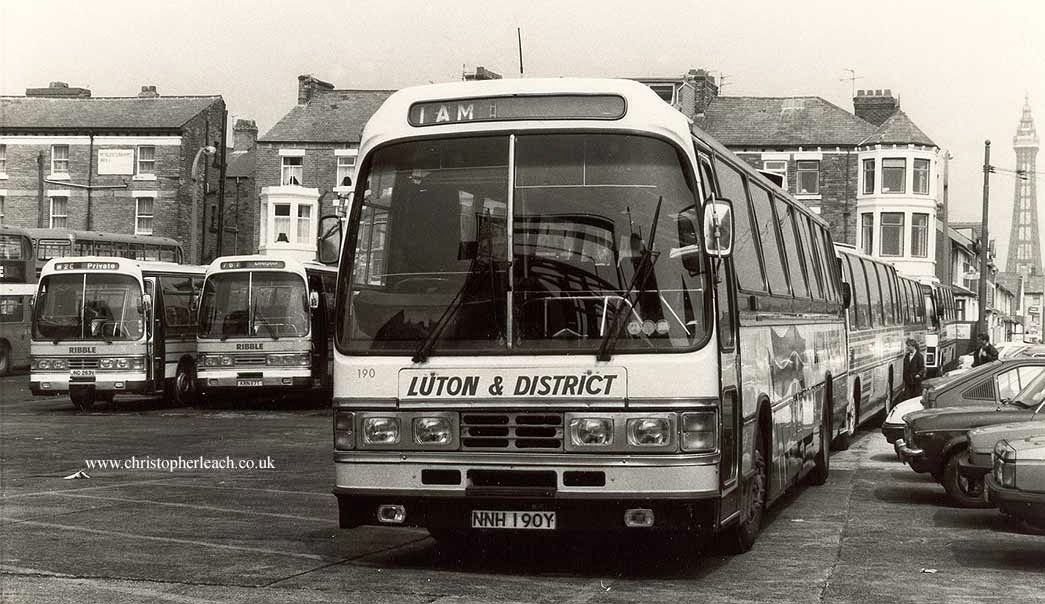 Another favourite oldie, but even though I've posted it before it's an improved scan and besides I've written a new caption no doubt.

It must be true of those who swoon all over the preserved buses so I can't be the only one who revisits old haunts hoping to see friendly ghosts from the past. I probably felt very slightly depressed at the time but looking back to this Sunday in the Eighties it was full of rich pickings. All these old Duple bodied Leylands show their links back to pre-NBC days as does Colosseum Bus Station which was very much one of Ribble's great icons. But it was a lovely day and even though the United Counties Tiger nearest proclaimed itself  "I am Luton & District" I had great fun imagining the past as equipped with a new hand held recorder I caught to starting up revving of engines, groaning of brakes as these vehicles were shunted around. Then once I was tired of that there was Godfrey Abbott and even the trams which had hardly changed one jot and if one explored even further through the crowds they might just find the sea.

Posted by christopher at 01:00