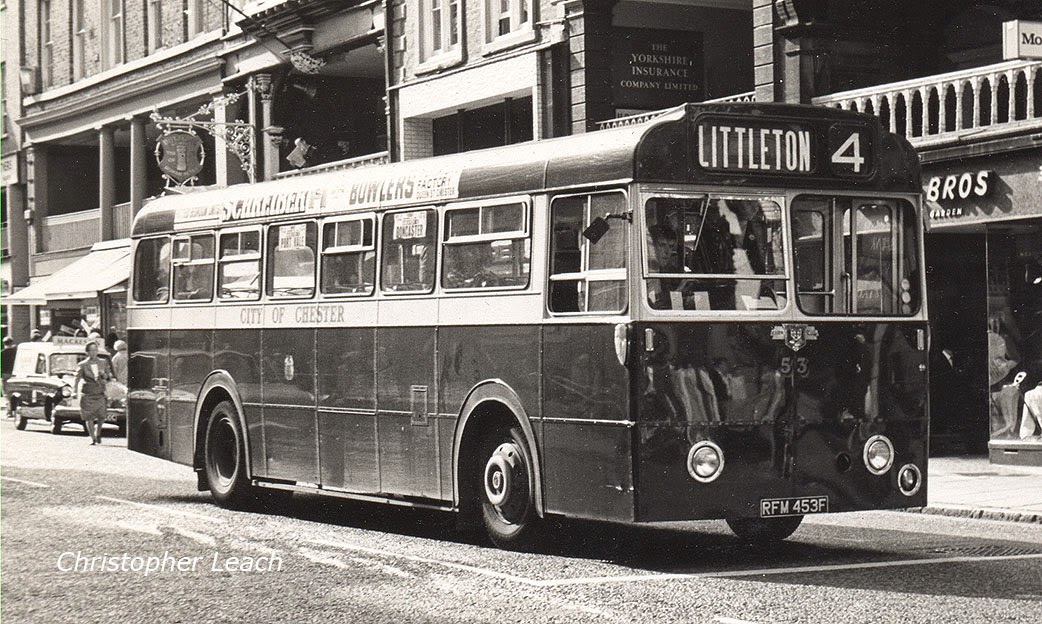 Chester surprised everyone in 1966 when it took delivery of it's first new Leyland since before the War. This Massey bodied Tiger Cub was followed by two more which arrived singularly including No.53 RFM453F. I always think older generation buses like this look far more at home and far more elegant in traditional rather than the brighter 'more cream' colours that swept through the Municipals. But at least Chester retained it's subtle chocolate brown based livery right till the end as the Seventies brought out all sorts of vile blues, greens and orange to go with the new meaningless names that replaced proper ones that everyone knew and where they still believe they live.
Posted by christopher at 09:05