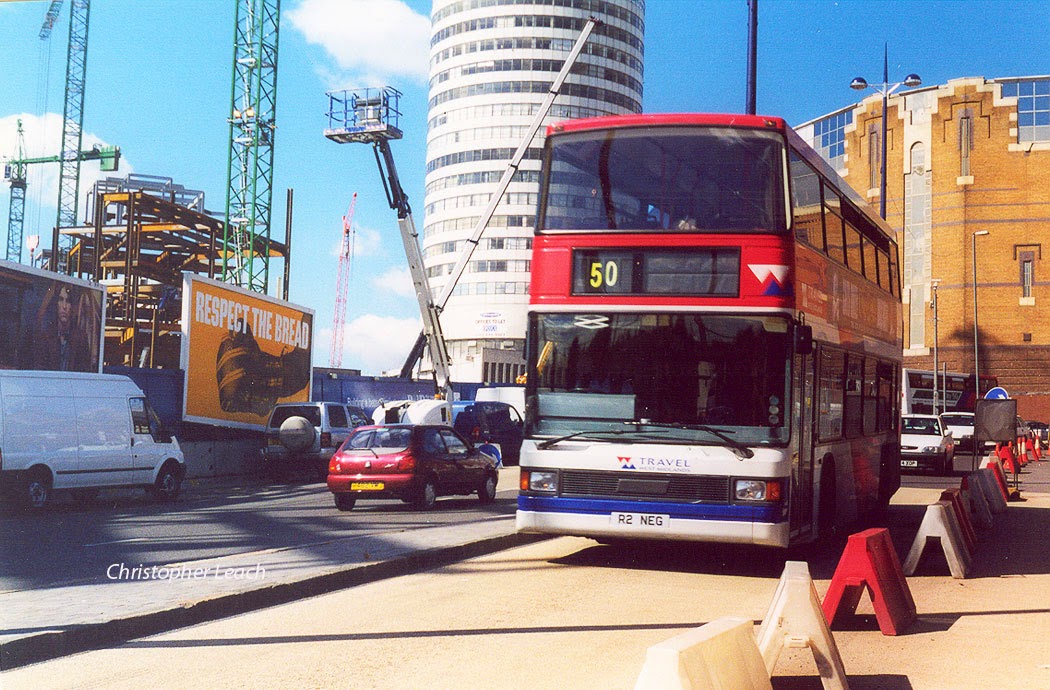 Seen just as the new Bull Ring Shopping Centre was going up was 4002 one of Travel West Midlands Optare Spectres on the 50 to The Maypole which seemed to host non-standard buses having formerly been the haunt of the Alexander bodied Scanias. These now work from Wolverhampton and despite seeing the odd one on the 79 and the 529 I've been told that they don't tend to do very long runs as they are unreliable and prone to breakdowns. I'll have to take a ride one before they are withdrawn as the only ride I ever had on this type was in London on the 12 when theirs were still new!
Posted by christopher at 14:32