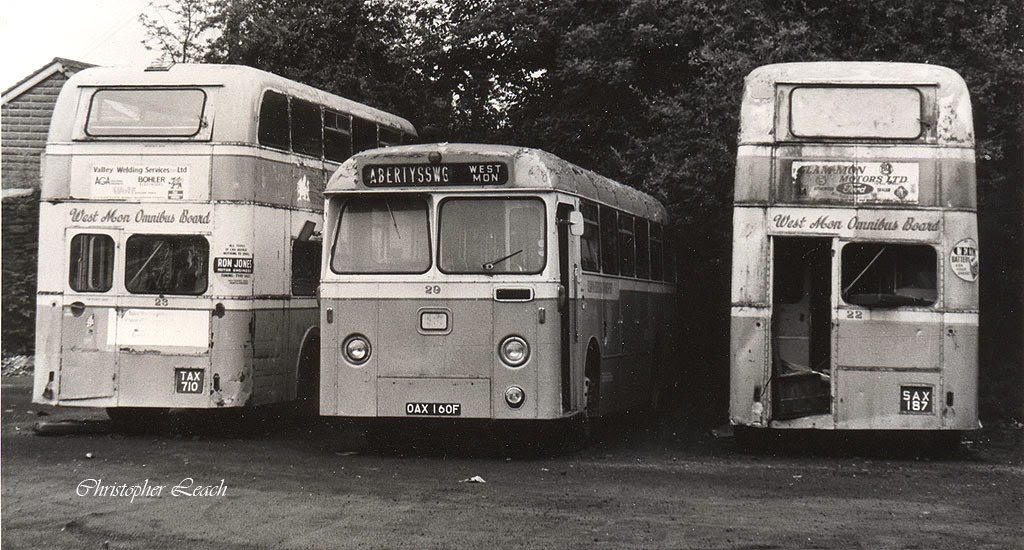 Despite it being about ten years younger than the two Willowbrook bodied Leyland PD2/40's of 1957 and 1958 this F-Reg Leyland Leopard looked as if it too would shortly also find it's way to the scrapyard here in this view at West Mon's depot at Blackwood in 1980. As you can see on these buses even before it was renamed Islwyn Borough Transport all Leyland fleet was being painted in a what some might call a more cheerful light blue and white but my myself I much preferred proper colours like the traditional maroon and cream which the Leopard had arrived in too.
Posted by christopher at 08:46