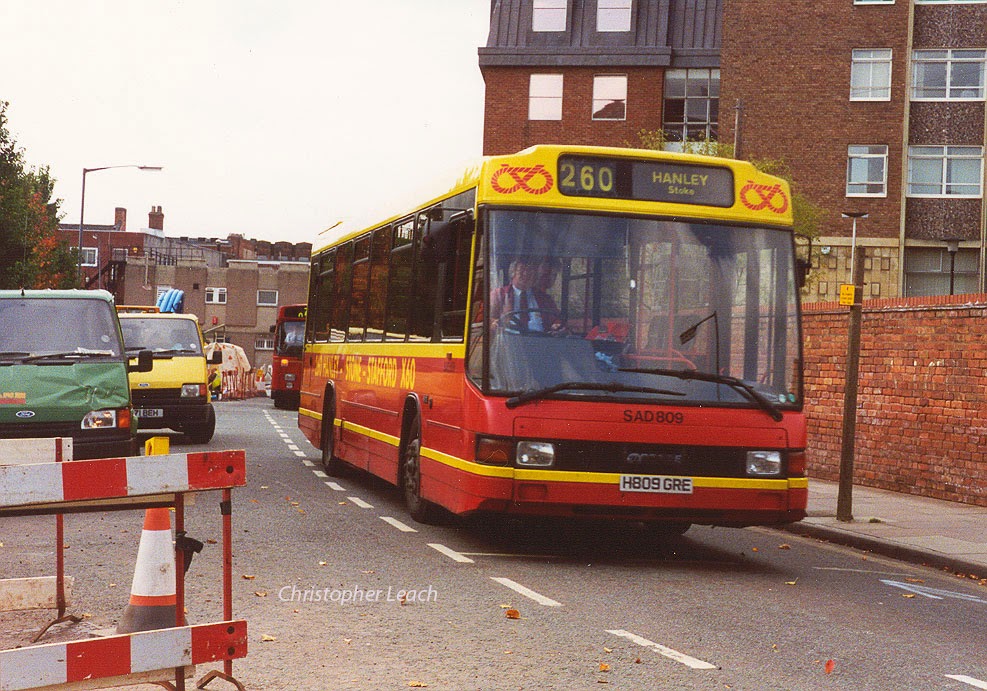 PMT had a batch of rather superior Optare Deltas to try alongside the Leyland Lynx. In the end nothing came of it as big buses went out of favour for a while as smaller Plaxton Pointer Dennis Darts were bought instead. SAD 809 was lettered up for the quicker X60 but was working the slower 260 as it passed some rather battered Transits belonging to a contractor digging up Tipping Street.
Posted by christopher at 11:38