Catch Us If You Can! 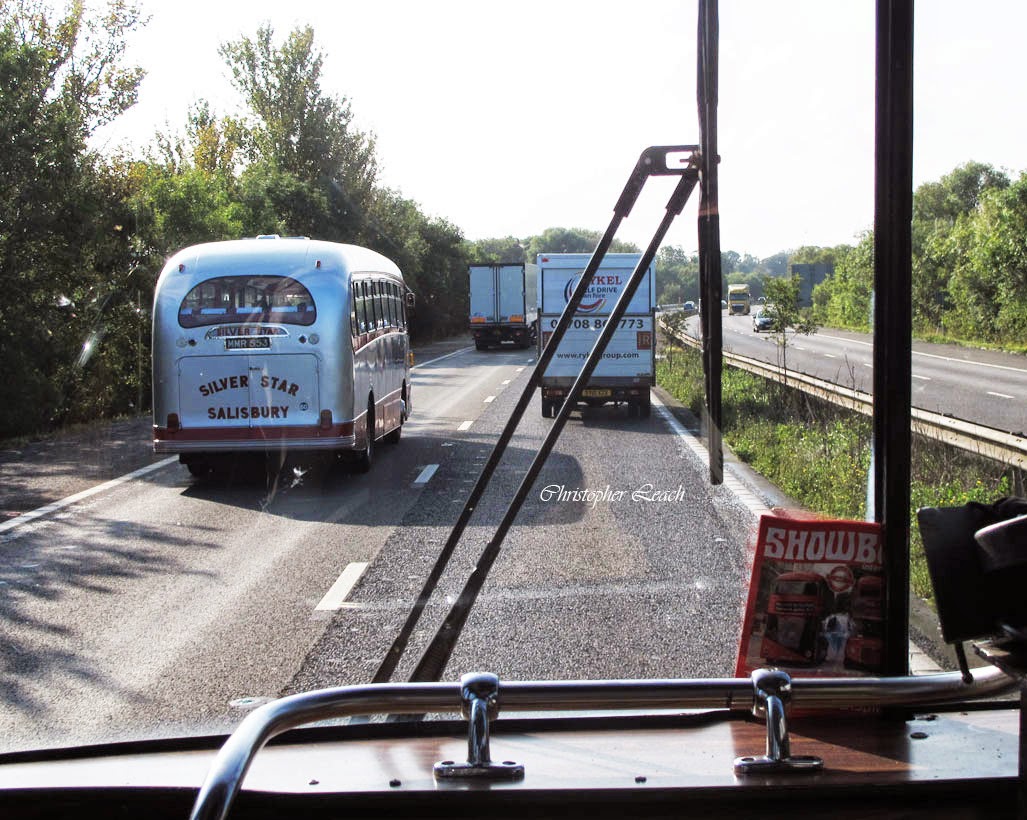 It's a good thing there is no race to get to events like Showbus as there would always be the same winners and losers. Even though the Silver Star Harrington bodied Leyland Tiger Cub was the true coach our Seventies Marshall bodied Leyland Leopard Dual-Purpose built for the faster 'Motorway Age' simply romped passed the Fifties veteran. But on the other hand if you were in charge of such a lovely beast would you thrash it down the road just to save a few minutes getting to Duxford. After the proprietors for health reasons sold Silver Star to local Wilts and Dorset in 1963 the smart fleet of Leylands was scattered far and wide across the South West. Numbered 3805 1955 NMR 553 was one of five PSUC1/2's that went to Western National along with a Royal Tiger.
Posted by christopher at 14:53