NMY635E. Not just any old Routemaster 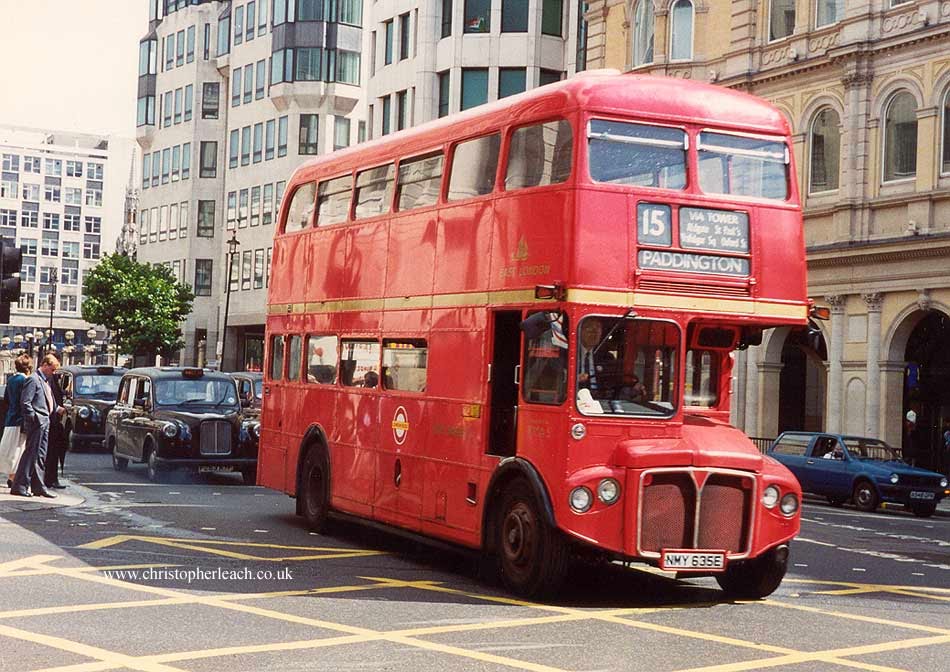 One thing I like about Stagecoach is the way they usually do things properly. For instance other operators would think an old Routemaster can just sell itself but as you can see this East London example had been turned out in a very traditional based Sixties London livery and few would realise that for most of it's early years it was on contract to BEA as RMA 35 where it towed a trailer before redundancy led to years as a scruffy driver instruction bus before RM's in local politicians eyes became sexy again.
Posted by christopher at 07:47