Sightseeing can be an Ugly Experience 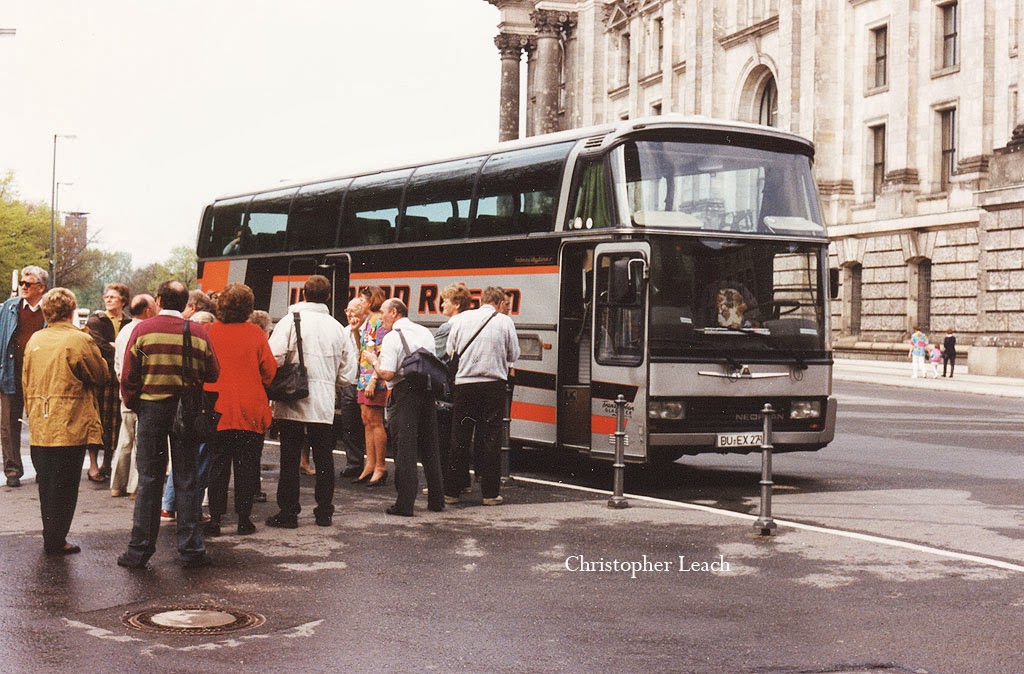 These sightseeing trips around cities like Berlin might be a good culture fix but rather like taking too many extra vitamins most of it goes straight through with no lasting effect except perhaps on the wallet. Much better to ride on a service bus any day and especially in a city like Berlin which has double-deckers and where riding alongside the locals gives us a truer feeling of life there. Maybe as time goes on and modern buses seem less interesting we even come to see the old ones that have gone as old friends whether we liked them or not, but I'm afraid time has not done there ugly Neoplans any favours as they were dreadful. Maybe the East Germans liked them coming across The Wall as it detered the locals from wanting to escape to The West.
Posted by christopher at 01:36