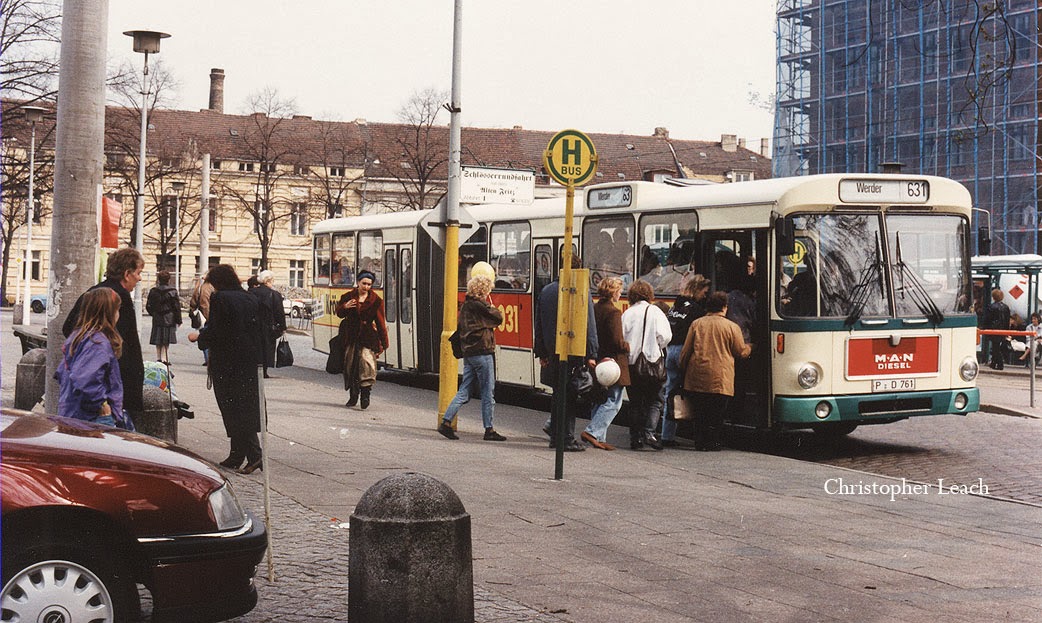 After the Reunification of Germany, in the former East despite new examples still entering service the Hungarian Ikarus bus became obsolete. Their demise was quite rapid as their numbers were quickly thinned as cascading mid-life but more sophisticated and attractive buses from undertakings in the West like this MAN bendibus seen in Potsdam took their place.

Posted by christopher at 03:00