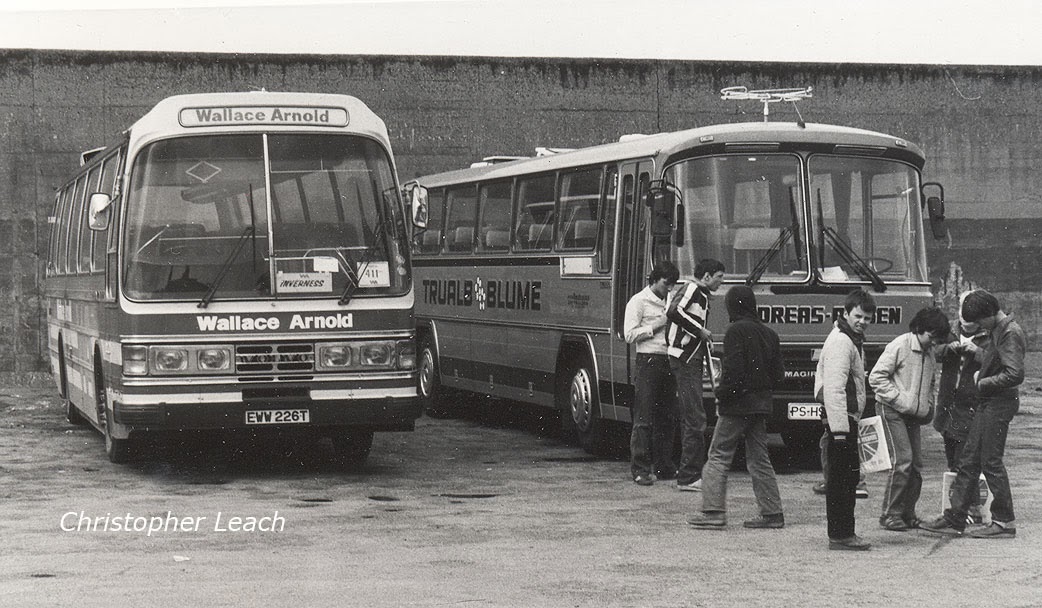 I thought it was rather apt that as a German school party admire what used to be Stafford's equivalent of the Berlin Wall parked alongside their rather desirable Magirus Deutz was EWW226T. I checked as after Wallace Arnold finished with them Happy Days acquired no less that four examples which would have spent many an hour on the coach and lorry park next to Props Wine Bar. But as it turns out they had EWW223-5/7 but not 226. Also of course this ugly wall is long gone as this is now the corner of Sainsburys Car Park which maybe why we hardly see any tourist coaches any more in the town.
Posted by christopher at 14:54

If "Magrius Deutz" is not a typo then I have just learnt that after many many years calling that make Magirus Deutz I have been getting it wrong.Never too old eh!
Knightrider

Sorry Knightrider, you can blame my finger for that slip up.