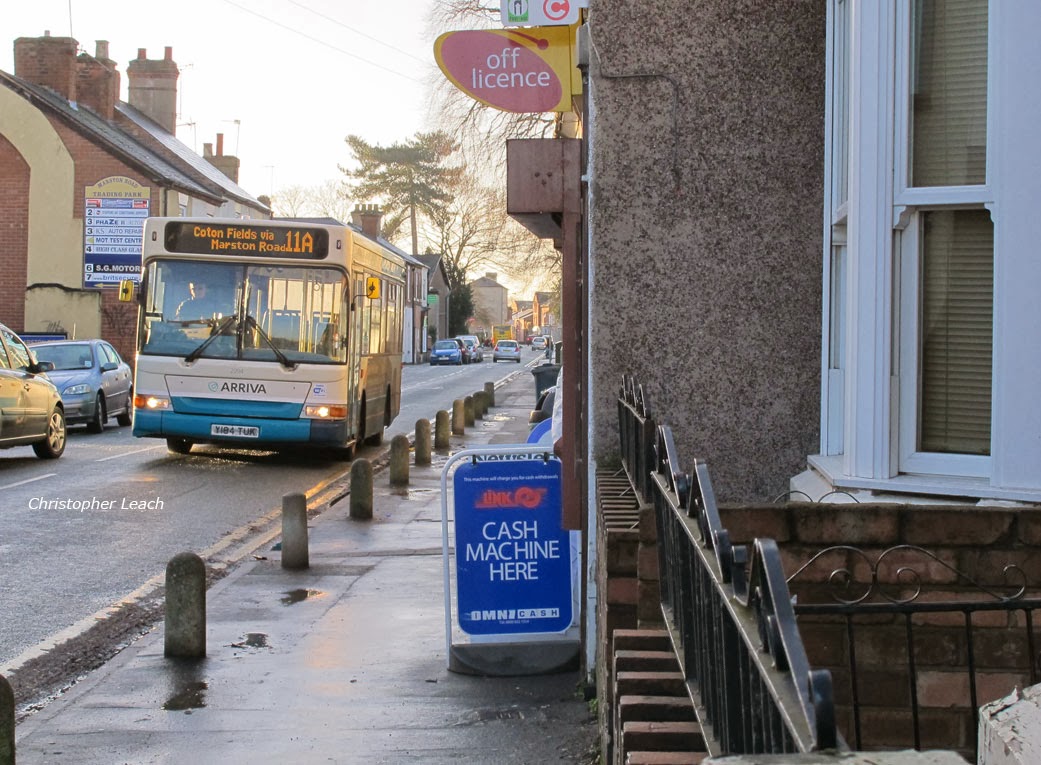 Most of my posts date from before the year 2000 but now I have treated myself to a really good camera again I've started taking a bit more interest. Buses aren't what they once were for me so I'm more minded to catch them in more interesting settings like the area when I used to live down the Marston Road. At one time Arriva had about sixty buses at Stafford but since it was downgraded it now runs about twenty. Apart from the Uttoxeter and Heywoods services and the 88 an indirect route to Wolverhampton most of the work is around the town over the speed-bumps. Of course Cannock runs a much newer fleet into the town on the trunk routes but believe it or not the entire Stafford fleet enjoys nothing newer than V-Y Reg buses. This is how the company deals with declining revenues but I'm sure had it been Stagecoach they would have invested funds and know how into the system instead of hoping the council might pay to run it for them. Despite this buses seem well used but there are few spares and these old bangers which run with faults till they fail are not the answer regularly turning up late or not at all on  infrequent rural services. Something needs to be done as a good bus service should be a priority as the prospect of total gridlock in many of our towns is drawing ever nearer and a good civilised bus service is at least one sensible answer.
Posted by christopher at 02:18