When I spotted there were far more buses to see 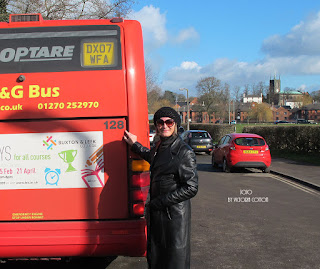 Yes Jojo is too old to worry about bus numbers but I saw a few in my time I remember trying to do a count in about 1970 and it was at least 35.000 different buses. Today after years of service cut-backs and the onward march of the motorcar there are possibly not even that many running in the UK and I'm sure someone out there knows. One thing that is good though, even though Stagecoach and the other big groups swallowed up not only most of the remaining  ex-municpals we lost a lot of Independent's too, but thankfully there is a new generation who sometimes beat the big boys at their own game like Potteries based D&G with their cheerful orange buses rarely let us down.
Posted by christopher at 15:56