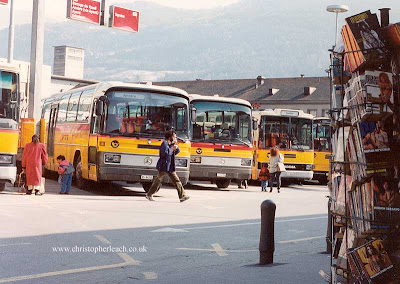 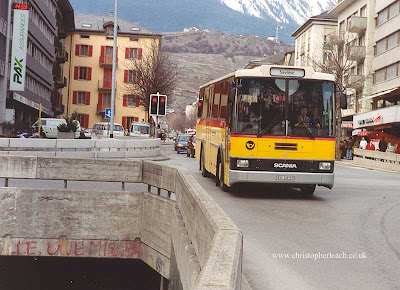 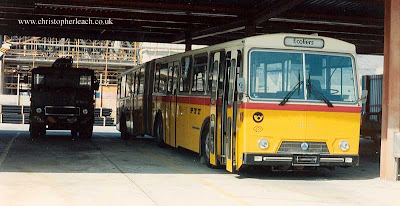 At times the bus station beside the Railway Station in Sion can be pretty empty but the busiest time is at mid-day when Post Buses gather before leaving to trundle their way along the vine festooned slopes of the Rhone Valley or to wind their way up to mountain villages above the winter snow-line.
Of course there are some buses one rarely sees on the road including this Saurer articulated bus from 1973 which had been retained as a spare to do schools services I expect. I didn't even know the twenty-year old veteran was at Sion till I saw it on the garage 'allocation board'. To see it is one thing, to be able to take a photograph is even better.The Post Garage is in the middle of a large compound used by what was the telecom arm of PTT which before privatisation subsidised the loss making buses and the bendibus was stored in one of their own vehicle sheds where a once familiar FBW lorry can also be seen.
Posted by christopher at 08:26