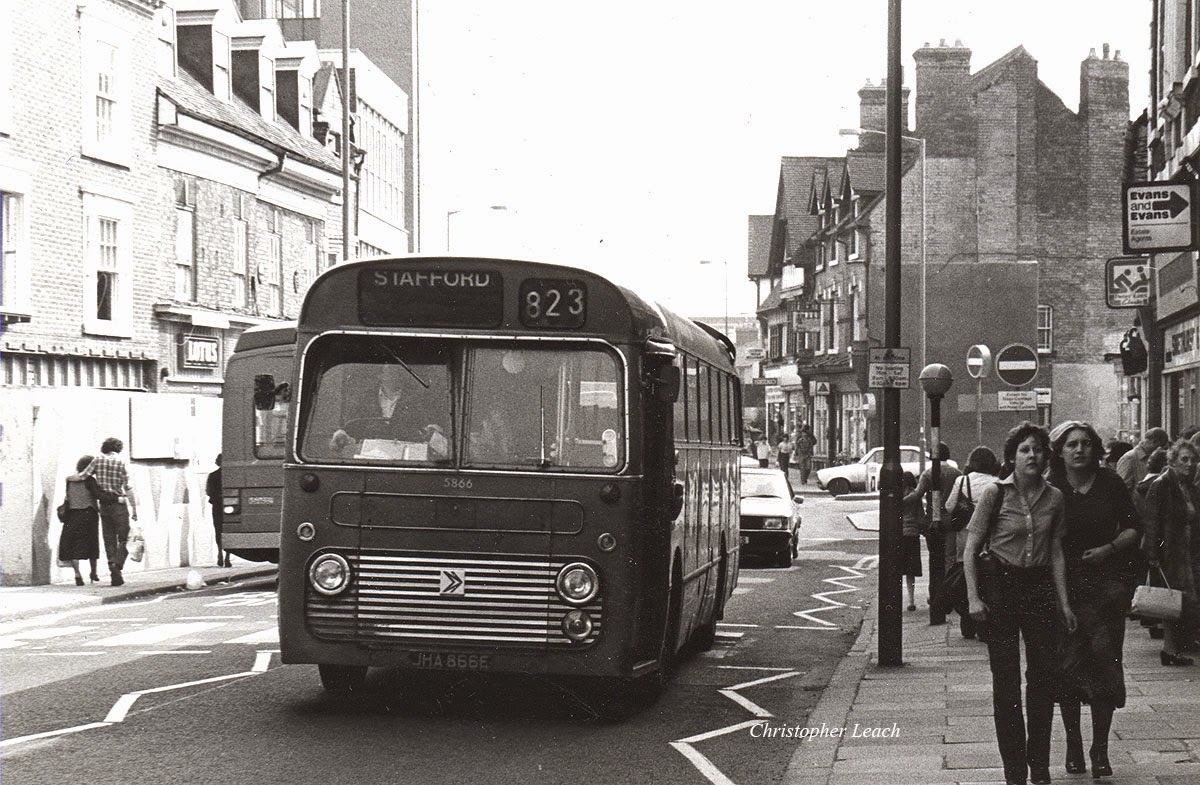 5866 was new to Stafford in 1967 and the semi-luxury BMMO S21's stood out markedly from the lower status but similar S22 and numerous S23's because of their bold slatted grill which looked surprisingly attractive fitting  the squared up version of the S16 body shell crisply. Taken one Saturday in late 1979 5866 had gone by the next year so it is nice to have a view of it and the way Greengate Street used to be with  traffic, however another later interloped 5858 lasted a little longer. These looked their best when new with their black tops but from just before this bus they started to be turned out with the dumbed down dark red roof which in comparison was really neither one thing or the other.
Posted by christopher at 16:04