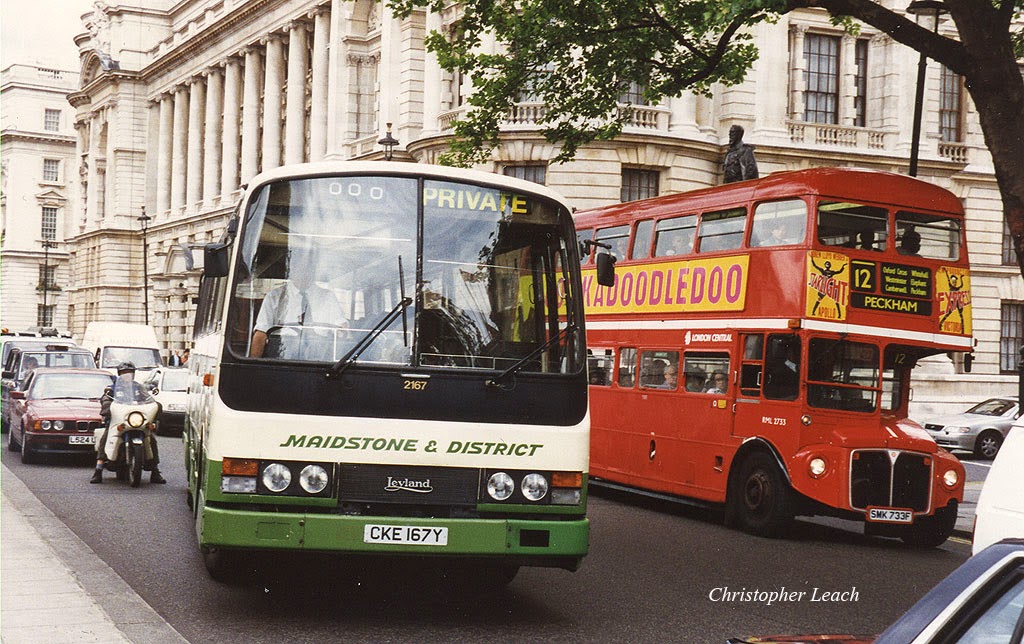 After the break up of the NBC many operators strove for a fresh image whilst others like Maidstone and District  evolved more slowly creating something of  a hybrid effect. Indeed for a number of years City of Oxford didn't do much at all to rid it's deckers of that poppy-red effect. But even though the green was much lighter than in BET days  M&D seemed to have returned allbeit long passed it's heyday. Once the preserve of Victoria Coach Station It's commuter coaches were now probably even more familiar in Central London like this ECW B51 bodied Leyland Leopard.
Posted by christopher at 12:31