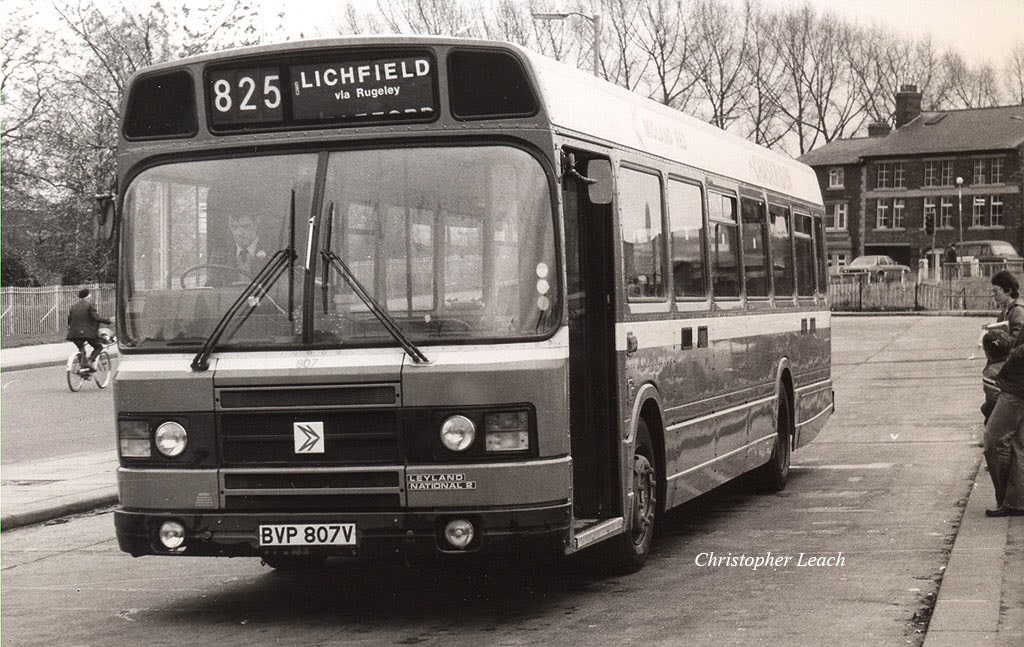 Stafford was the first Midland Red garage to get the later Leyland National 2 with the very different sounding 0.680 engine. We had Nos 807-811 which without that roof-pod were ideal for journeys to Lichfield which enountered a low railway bridge at Colwich.  Later they were joined by all the rest at MRN 812-814 from Shrewsbury and 823-825 from Tamworth and later Lichfield. But this was at the about the time they were bought out by Drawline and very soon most would be whisked away to places like Manchester and Merseyside.
Posted by christopher at 09:21