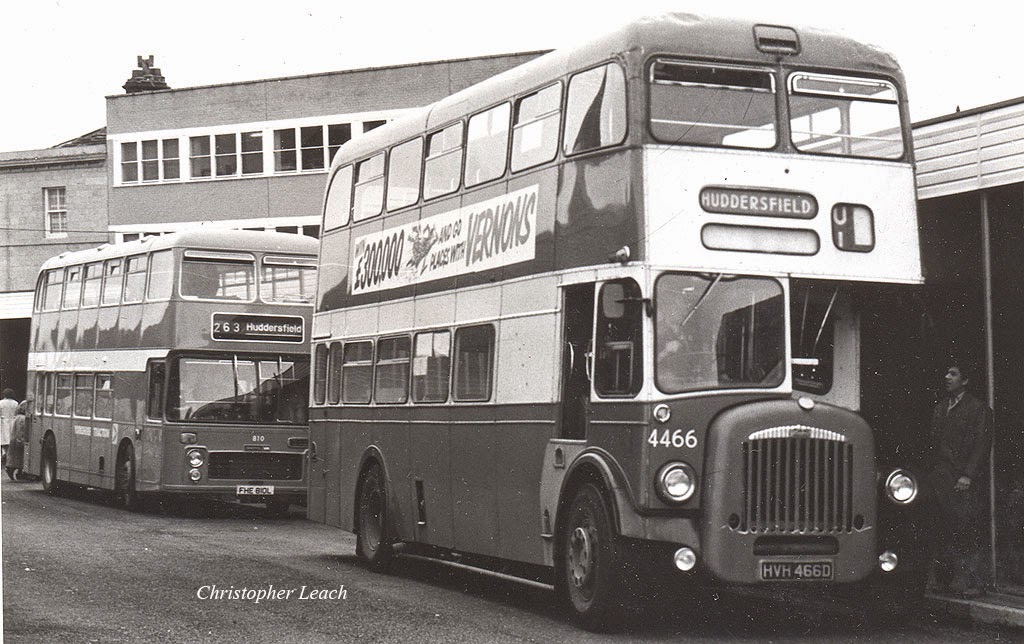 I got as far as into Yorkshire as Sheffield with my bus spotting trips of the Sixties but it was only at the end of the decade that I got to places like Leeds, Halifax, Wakefield and Barnsley. As for Huddersfield I  have to confess I had long since given up being a spotter in 1980 but I made an effort to visit as I was trying to catch the good old half-cabs on film before they went, fine old buses like this East Lancs bodied Daimler still in Corporation red and cream. I chose this one today as I've just added the Corgi OOC model of it to my collection as it was just six-quid and never out of it's box. I'm not sure if Corgi quite got the red right as it looks a bit too orange.
Posted by christopher at 17:23