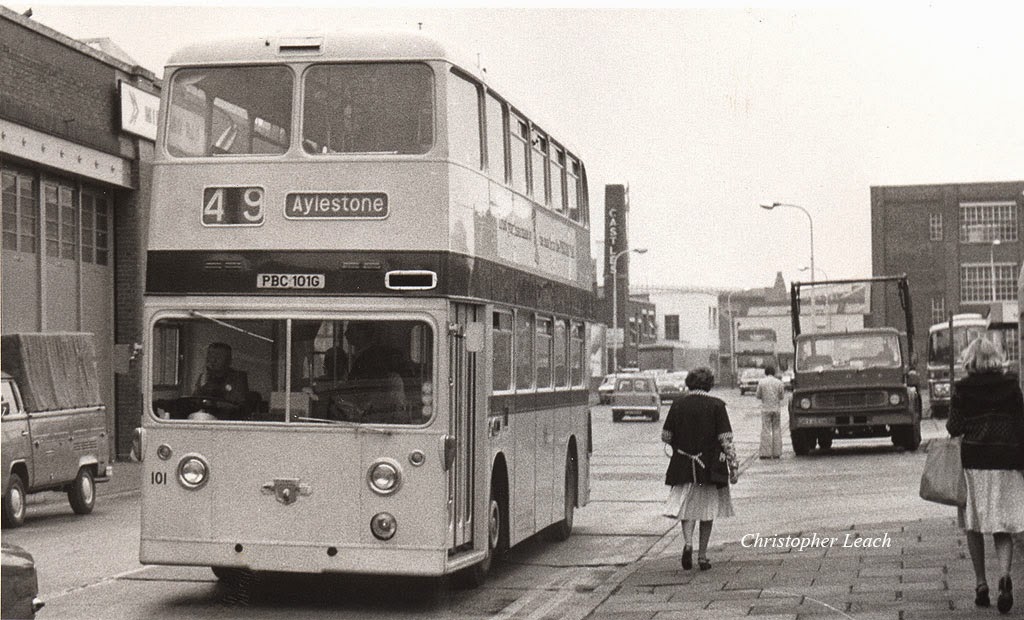 Leicester City Transport was not keen on the Atlantean for after trying three in 1962 it only reluctantly ordering more in 1968 when the straightforward and trusty front engine Titan PD3 was about to be struck off by Leyland. Leicester liked to split it's body orders and the half with ECW bodies were also to have been PD3 Titans which would have been interesting as they would have been unique buses.
Posted by christopher at 02:38