London Pride Pound a Pint or a Dennis Dominator 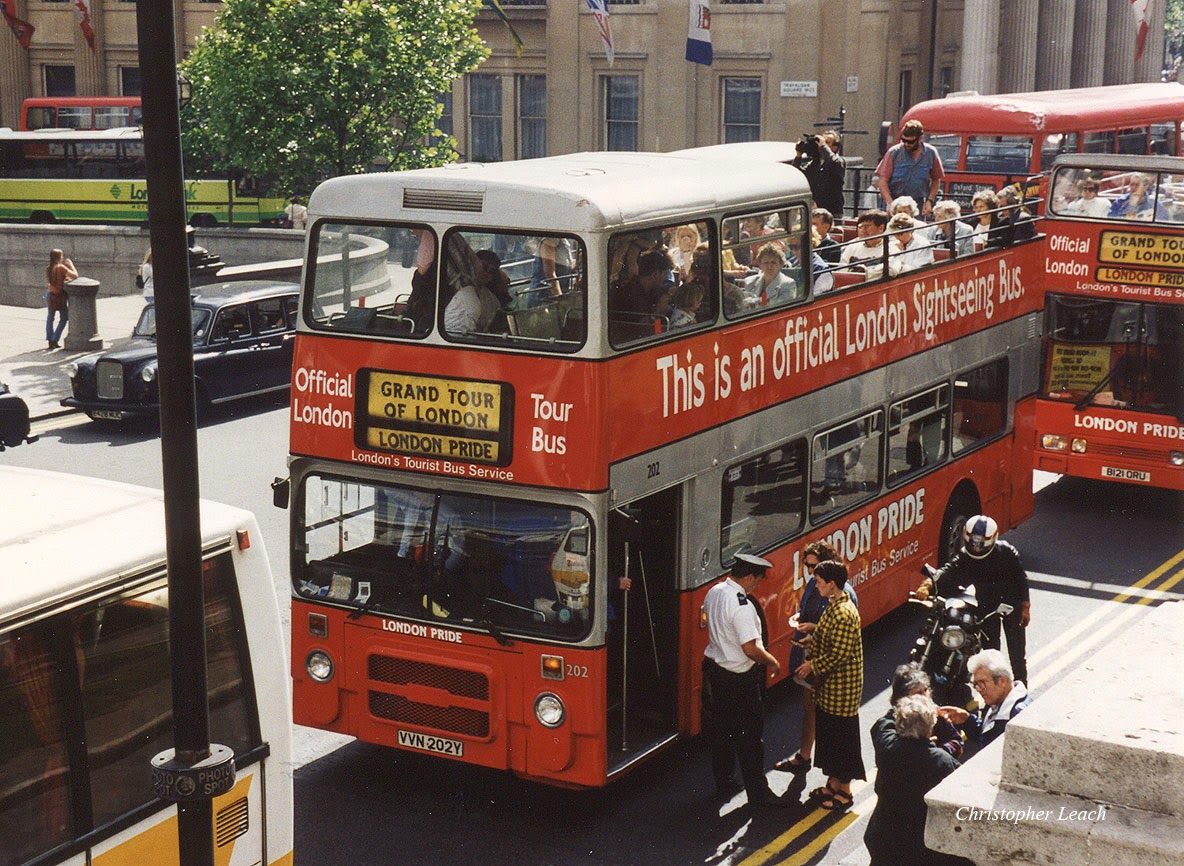 Well a pint of London Pride beer was about one-pound then if you knew where to go but I'm sure it's a lot more today. Many areas of bus operation have declined but an area of impressive growth since the early Seventies has been the open-top double-deck sightseeing tour. Sadly maybe because of the decline of the seaside resort we are less often able to relive childhood memories of cheap rides and ice-cream. However the often pricey city tour bus is only really for tourists but for the enthusiast it adds a bit of much welcomed variety bringing unlikely buses like this former Cleveland NC bodied Dominator to Trafalgar Square in the Nineties.
Posted by christopher at 03:29