We are a bit Square: Nottingham 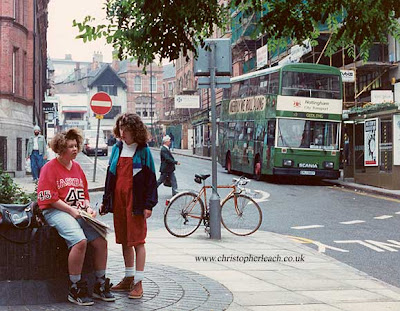 Nottingham has long been famed for it's interesting fleet having been big enough with about 350 vehicles to order buses to it's own specification. Nottingham's double-decker Standards were usually well-rounded so one-offs like No.395, EMY 560Y with it's uncompromisingly square body was something of a contrast. Waiting to depart for Gedling one is left in little doubt that it is a Scania because it was originally a manufacturer's demonstrator.
Posted by christopher at 08:26