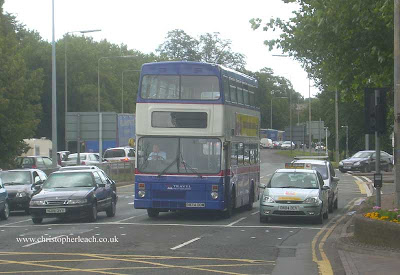 As they say time will tell and a good way to judge how good a bus might be is to see how long it remains on the streets and like the London Routemaster the WMPTE MCW Metrobuses seem to go on for ever like this 1984 example. At the end of it's production run had they realised it's success MCW might have had second thoughts on ending bus production at it's Washwood Heath Plant in Birmingham.
Posted by christopher at 08:56