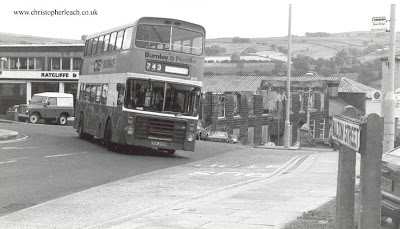 With the typically hilly terrain in the background no doubt Ratcliffe's have managed to flog a few Land Rovers in their time. Burnley and Pendle took delivery of some twenty standard ECW bodied Bristol VR's and later augmented them with half a dozen second-hand examples with Alexander bodies which at first glace looked more like Ailsa's which they purchased from the Tayside fleet in Dundee
Posted by christopher at 04:50