Dug a Volvo & The Baker Twins 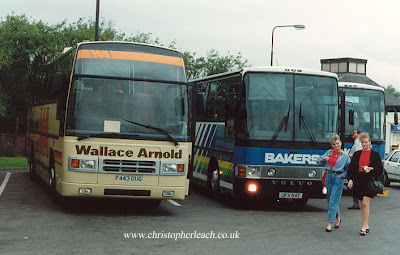 The distinctive liveried coaches belonging to Bakers of Western super Mare are a regular sight on Britain's Motorways including the M5 which passes through Somerset. But of course Wallace Arnold once an even more familiar is no more after it's operations were merged with that relative newcomer called Shearings.
Posted by christopher at 05:05