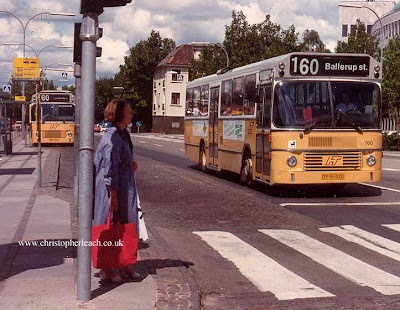 Like many European cities commuters tend to use local buses to take them to the local station and then on to a train into the congested city centre. Copenhagen is no exception and there is a large busy bus station at Lyngby to the north which forms a local hub. From these two Danish built DAB Leyland buses we can see how the styling evolved between 1976 and 1982. HT No.760 a 1977 bus was heading for another railway station at Ballerup.
Posted by christopher at 11:18