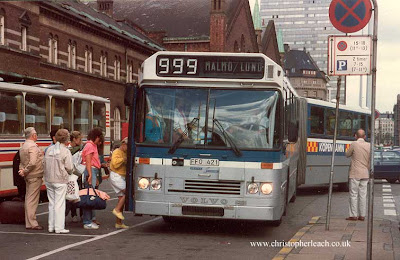 Apart from the long finger pointing north called Jutland west of it Denmark is a series of large and small islands and those few which aren't joined by bridges employ ferries. It seems even the larger crossings have all been bridged now including the important one between Knudshoved and Korsor. As well as that there is also a long bridge between Denmark and Sweden and even though I expect coaches still depart from outside the railway station in Copenhagen the journey to Malmo most be a great deal shorter bringing the two nations ever closer.
Posted by christopher at 04:38