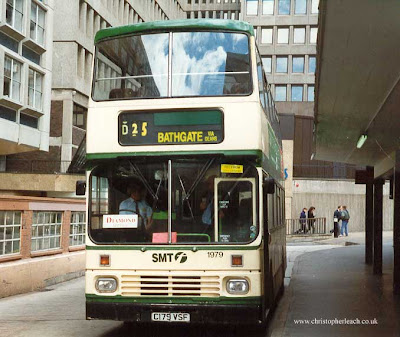 Not quite a little gem or the rarest of rare birds, but still as the sticker on the windscreen proclaims it is something of a Diamond as not many of the Danish DAB double-deckers entered service in the U.K. Nottingham City Transport took some which had quite a distinctive look but these Alexander bodied Scottish buses like No.1979 seen in Edinburgh on a 'Diamond Express Service' could have been mistaken for something much more mundane.
Posted by christopher at 03:34