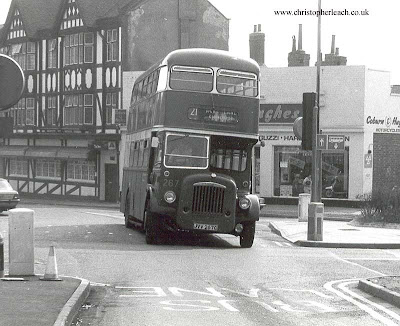 Towns like Northampton seem rather characterless now they've lost their distinctive buses and especially beautiful machines like this traditional timber framed Roe bodied Daimler CVG6. This bus No.267 was rather special as it was the very last vehicle of this type built for a British Operator and when it was delivered in 1968 it brought the fleet of these fine machines in the all-Daimler Northampton fleet of eight-eight up to sixty-eight buses.
Posted by christopher at 10:48