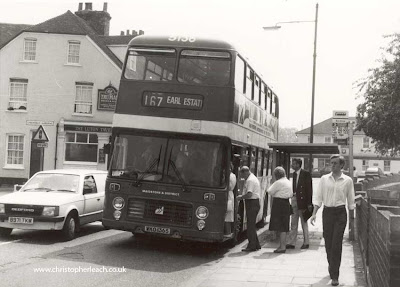 I don't know if it was because they were not so familiar but the comparatively scarce taller highbridge ECW bodied Bristol VR buses supplied to the National Bus Company looked rather top-heavy and odd. As well as the well known Luton north of London there is also a district bearing the same name in the Medway where Maidstone and District had a former tram shed it inherited from Chatham and District. It was nice to see that in the mid-Eighties there were still plenty of bus services passing this spot.
Posted by christopher at 14:42