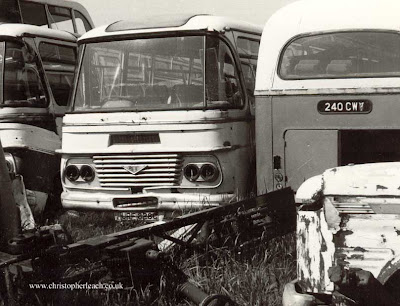 Berresford bought mostly second-hand buses but there was the occasion brand new coach aquired too and these included a pair of Albions added in 1969 with Duple Firefly bodywork based on a Burlingham design. Both ended up at the rear of the garage dumped alongside one another and with a former Pennine of Gargrave Leyland Leopard and Diesel Transit for company.
Posted by christopher at 02:29